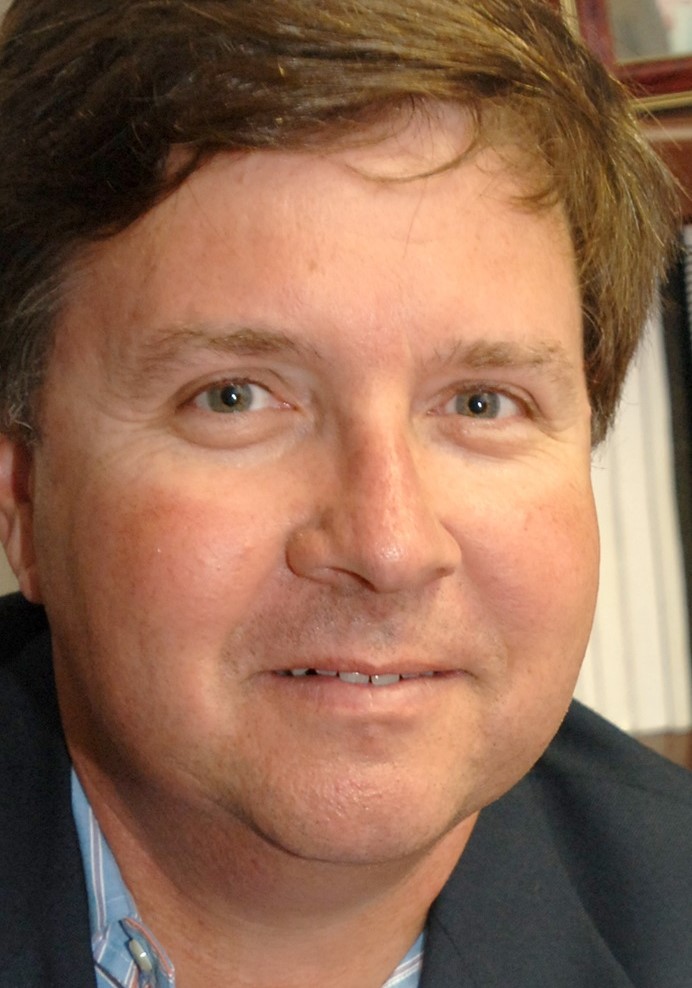 News Flash: I just won the 2019 World Series of Handicapping, taking the first place cash and ring with a 70-45-1 record for the year picking sides and totals against a spread. I also placed 3rd in the RX LV Hilton Style Super Contest for 2019 with a 50-34-1 record picking sides against a spread. My NFL picks combine expertise as a licensed clinical and sports psychologist who has worked with many NFL players, taught statistics to graduate students, and invented a new way to rate football performance to track teams’ mental performance. I have been a huge fan of American football all my life and took a very scientific approach to understanding the sport over 17 years ago. In the past 7 years I adapted my mental performance measure to predict future games against the spread. My picks tend to lean toward the underdog. In deciding which teams to pick each week, I combine a vast understanding of past game data with identifiable physical and psychological factors to increase success rates.
SWM profile

1 DAY ALL PICKS ALL SPORTS

3 DAYS ALL PICKS ALL SPORTS

7 DAYS ALL PICKS ALL SPORTS

30 DAYS ALL PICKS ALL SPORTS

90 DAYS ALL PICKS ALL SPORTS

180 DAYS ALL PICKS ALL SPORTS

365 DAYS ALL PICKS ALL SPORTS 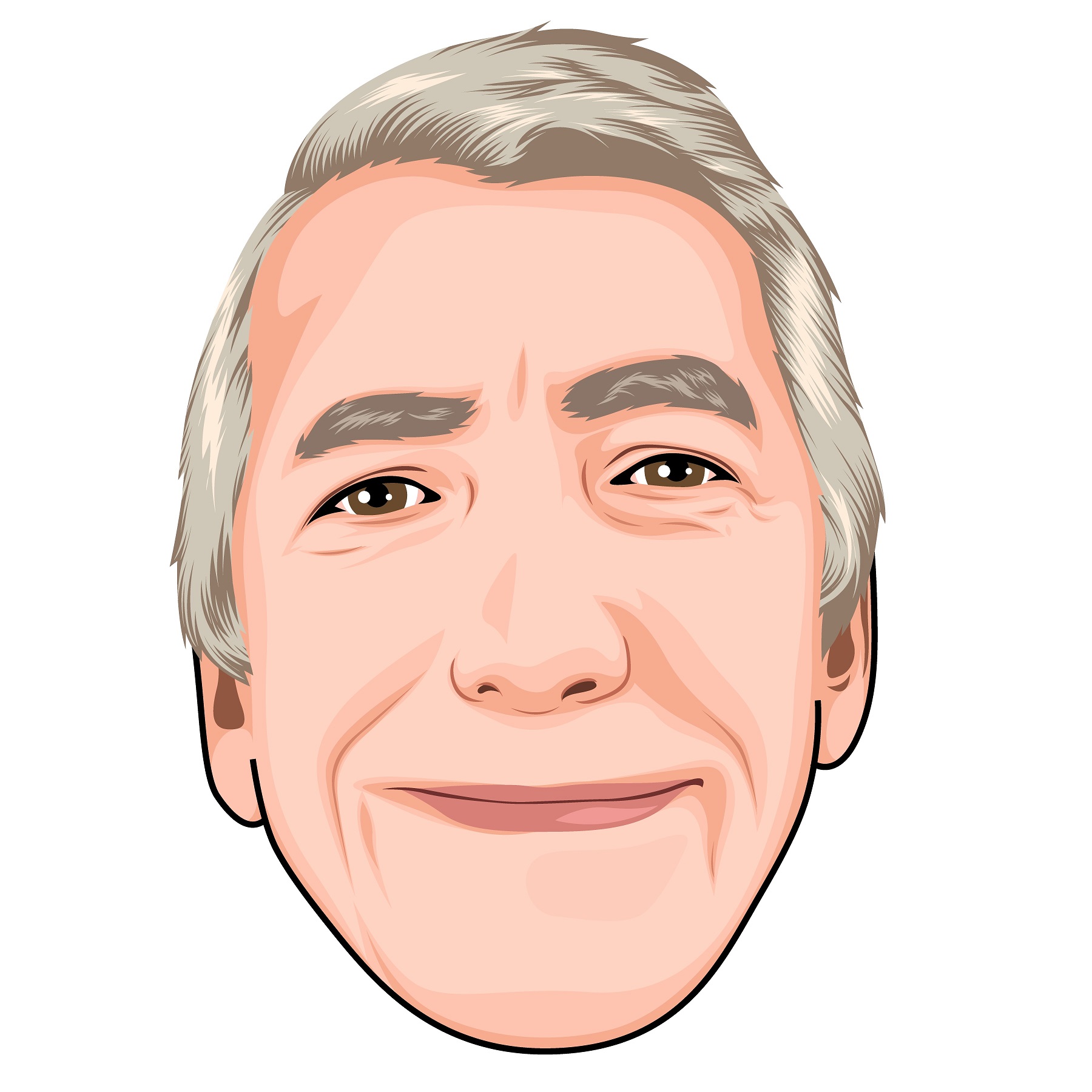 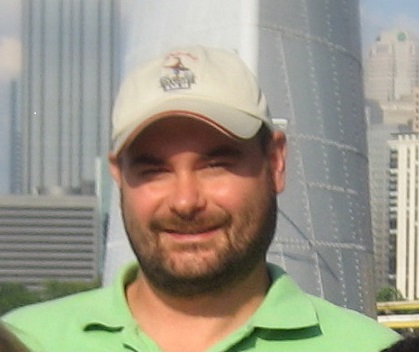 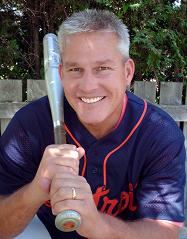 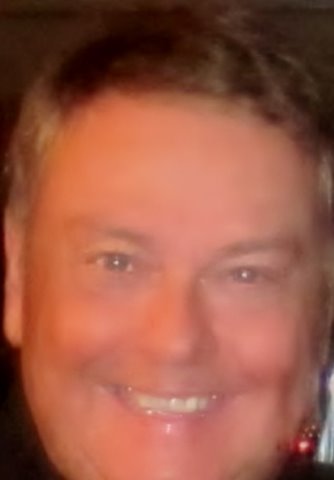 After wagering on professional sports for over two decades, in 1999 I was asked to write a weekly column for Winner’s Edge which later morphed into Every Edge. Picking only NFL selections and submitting my play on Sunday night for the following week, I went 60%+ in numerous seasons with these complementary selections. In the 2000 campaign Winner’s Edge published a Workbook and I contributed 28 over/under selections. These “totals” were predicted in early April, shortly after the NFL schedule was announced. Back then, none of the totals were posted at any of the offshore sports books or in Nevada for me to compare their over/unders vs. my totals. I “ghosted” what I thought the totals on the games would be and my thought process was made easier by my numerous years of playing totals successfully, (I started playing O/U’s with regularity in 1979.) My calibration eventually proved correct when predicting what teams would play over the total or stay under the number as I produced a Winner’s Edge Workbook record of 24–05 = 82.8%. I chose to be monitored via TSM, The Sports Monitor at the beginning of the 2000 football campaign offering a 900 line. My documented NFL and NCAA football selections went a combined 103–60 = 63.2% ATS and +$26,770.00. My monitored selections were and are still rated and graded from 2 up to 5 stars in all sports with a 5 STAR BEST BET being my top release. A BEST BET is 4, 4.5 STARS with my 5 STAR BEST BET being rare but very successful. I handicap and wager on NFL, NCAA-F, NBA, NCAA-B, MLB and the NHL and hold various records as documented by The Sports Monitor out of Oklahoma City. I hold the all time record for March Madness vs. any other handicapper going 40–13 = 75.47% with my only BEST BET at 1–0 for the 2014 March Madness season. My “Madness” streak had a ROR, (rate on return,) of 46.34% and my subscribers finished at +$9,980.00. In the 2015 NHL Playoffs I was ranked #1 with an ROR of 24.50% producing a profit of +$4,029.00 as I won’t play big money line favorites. I finished ranked #1 at TSM in the 2008 NFL postseason going a perfect 6–0 and +$2,300.00 with a ROR of 85.19%. I keep it real as I wager with “real” dollars not imaginary money. No 10 star plays here. If I had released those 6 selection at 10 stars each I would have been up +$6,000.00, (wagering $100.00 per star.) Ask yourself this, are you wagering a dime on every game? Exactly, my +$2,300.00 ÷ by 6 selections was a realistic average amount of $383.33 wagered per game. If you look through the archives at TSM you will see I have been on the plus side in numerous years. I’ve been investing on professional and college sports for over four decades and I utilize two different programs to aid me with my selection process. My College ATS results date back to 1975 while my NFL ATS records go back to 1960. What does a ATS points spread line from 1960 have in common with line for this season? The lines on a game are a reflection of the talent that each team is able to start on that particular day. Travel, rule changes, bye weeks, injuries, public perception are factored into the line. IF you look back to the 49ers juggernaut teams from the 1980’s and 1990’s vs. their most recent years that sums it up. In week 14 of the 1993 season the 49ers were –23.5 points when hosting the Bengals. Cincinnati had dropped 10 consecutive games before winning 16–10 at home to the LA Raiders. The Bengals didn’t win at ‘Frisco but they did cover, losing (23–10.) Cincinnati was an underdog in all 16 games while the 49ers were favored by 6 or more points in 14 out of their 16 games that season. The 49ers begin this season as 2 point home dogs vs. the Rams in the second Monday night game and will most likely be a dog in every game this season, (baring injuries to their opponents.) The Bengals will be favored or pick in 14 of 16 games, barring injury. Teams rise and fall from season to season, injuries, retirement, cap money, suspensions and the line is a reflection of that regardless of the year. The late Bob Martin, (in my estimation – the greatest odds maker of all time,) said, "What you want is a point spread that will make people on either side say," "That’s a steal." "When you get that, you know you’ve put up a good line." I look forward to this new journey at Sports Watch Monitor and I’ll work diligently to hopefully produce more winners than loses! There is no such thing as a “lock.” Locks are for jail cells. Inside is another myth, if someone tells you they have inside info on a game, he’s probably a guy that’s “locked” inside.
SWM Profile
PACKAGES
1 DAY ALL PICKS ALL SPORTS
Price :: $49.00
Buy Now
3 DAYS ALL PICKS ALL SPORTS
Price :: $99.00
Buy Now
7 DAYS ALL PICKS ALL SPORTS
Price :: $199.00
Buy Now
30 DAYS ALL PICKS ALL SPORTS
Price :: $349.00
Buy Now
90 DAYS ALL PICKS ALL SPORTS
Price :: $549.00
Buy Now
180 DAYS ALL PICKS ALL SPORTS
Price :: $699.00
Buy Now
365 DAYS ALL PICKS ALL SPORTS
Price :: $999.00
Buy Now 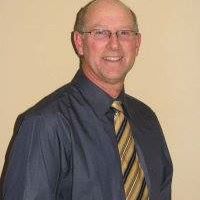 Jeff Hochman of JH-Sportsline burst onto the sports betting scene in the 1990s, first making his selections available to the public in 1998. Now entering his 19th year, Jeff has become one of the most successful and well-respected handicappers in the nation. Jeff is also a published sports writer, covering everything from Football to Fantasy Sports. Jeff has his selections documented by the The Sports Monitor of OK. During that time, he accumulated numerous seasonal titles in all the major sports including NBA and NHL Hockey. Jeff is your 2005-06 NBA Handicapping Champion at The Sports Monitor of OK and has over 25 Top 25 rankings in his career. Jeff was ranked No. 2 in the NFL in 2014-15. Jeff isn't just a football expert though, as his Hockey, Baseball, Basketball, and are also highly respected. Nowhere else on the internet will you find free picks and top-rated picks from one of the finest documented sports handicappers in the nation. Jeff is a five-time NHL handicapping champion fully documented. 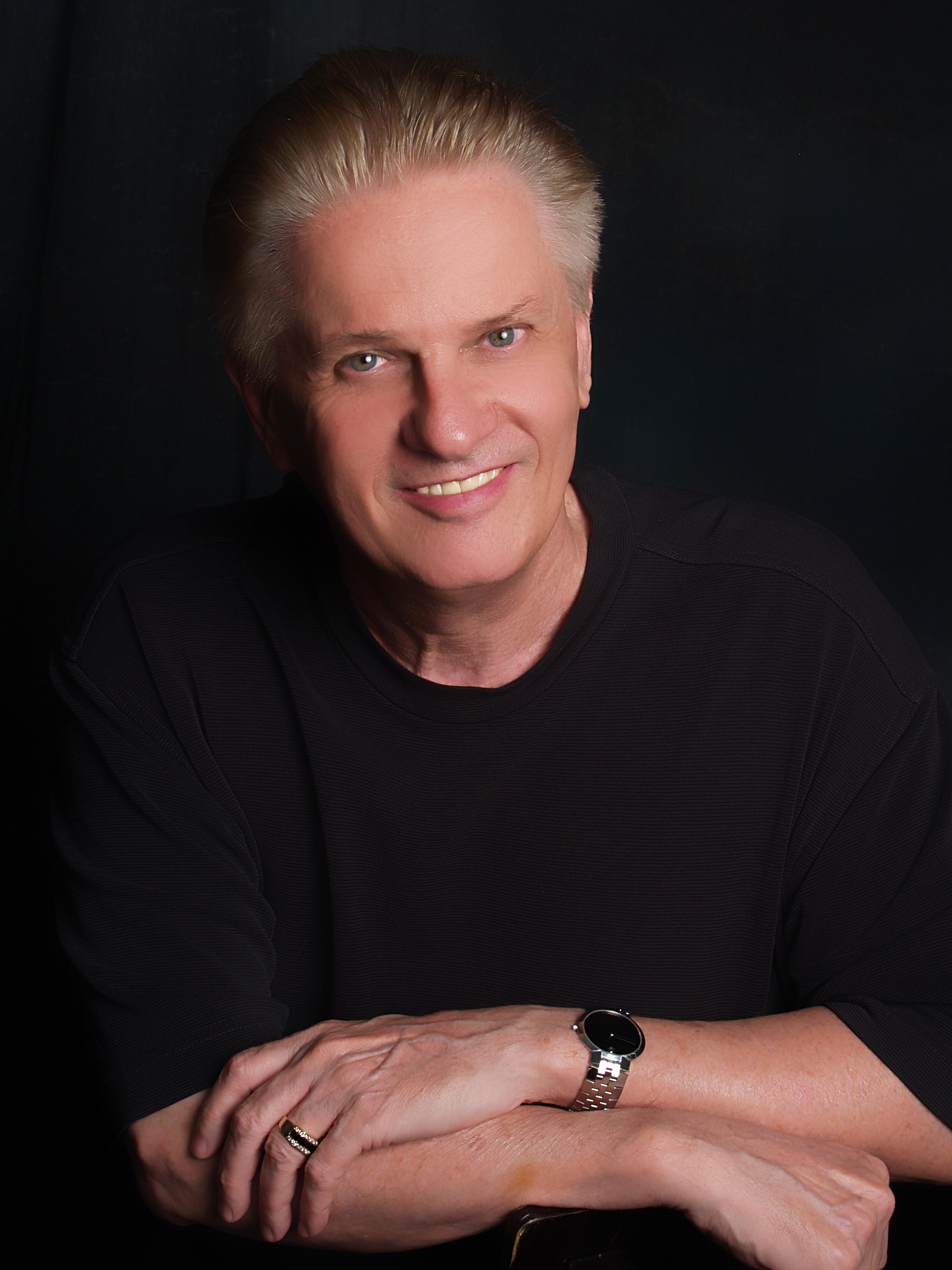 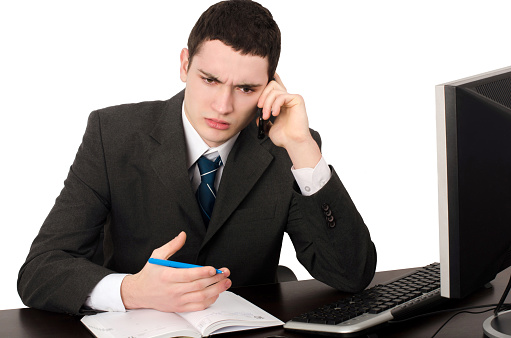 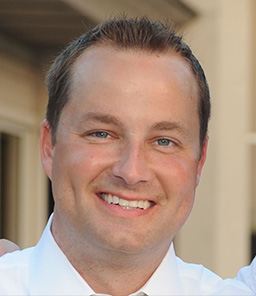 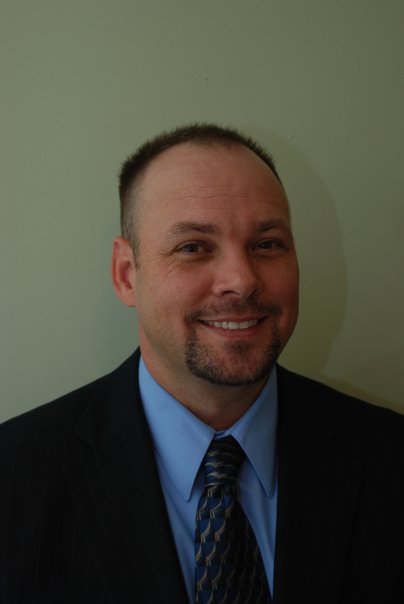 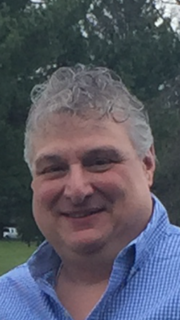 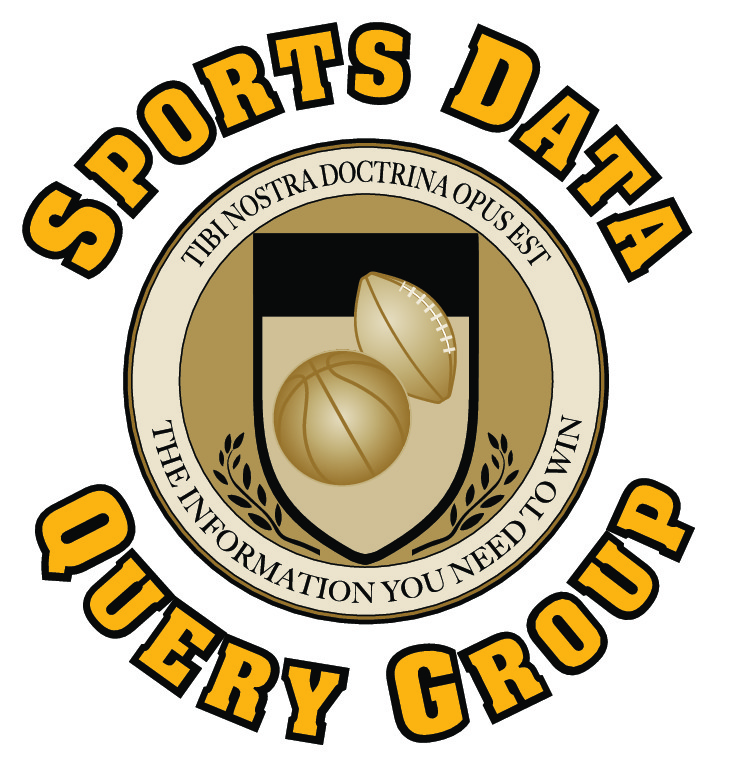